Media personality Bolanle Olukanni tackles Christians who feel singer, Kanye West’s  Christianity is fake and that he has an ulterior motive.

According to some schools of thought,  the singer is fake as he is using religion to win people over for his political ambitions which they claim he will disclose much later.

Bolanle Olukanni took to Instagram to tackle Christians who have negative thoughts about the singer’s new found love for Jesus, telling them to stop using Kanye’s mistakes to discredit him.

See what she wrote below. 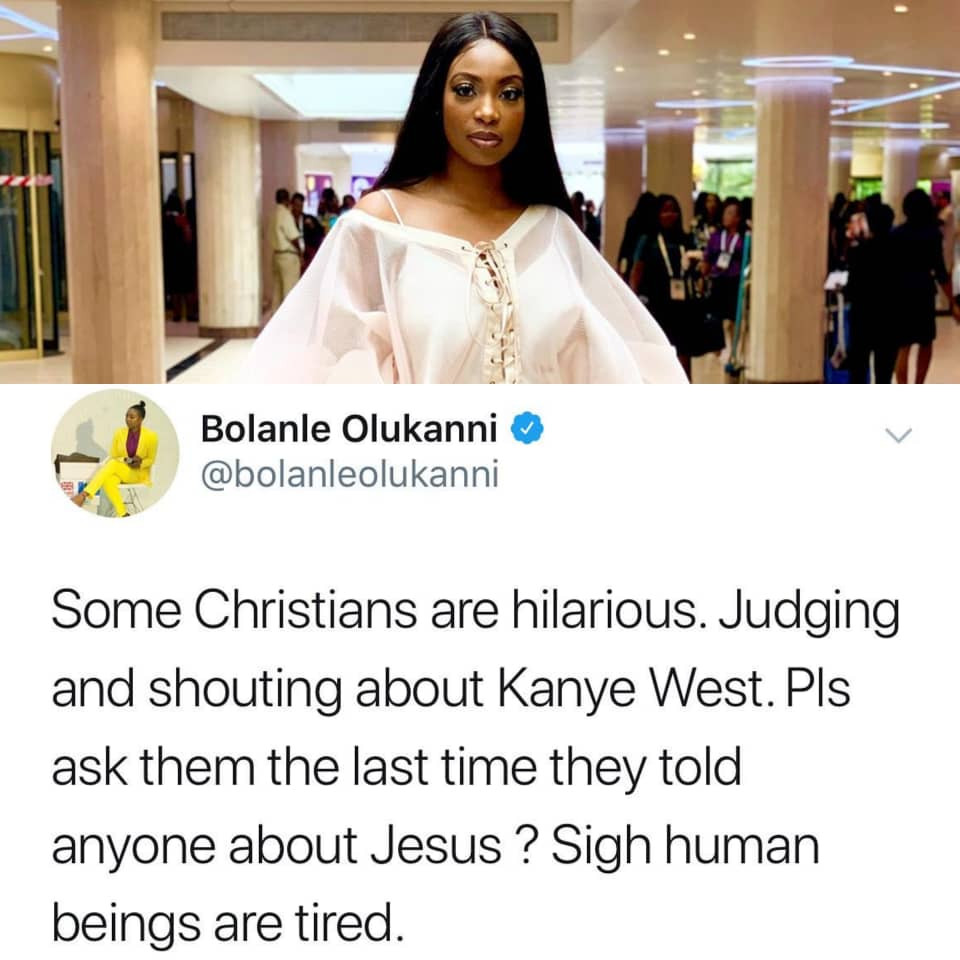 Good morning guys. The body of Christ needs to do better . Someone is out there preaching the gospel and we are shouting he is “faking it.” Well sometimes the way we behave as people, someone can accuse us of faking it as wellll!! We should be praying for Kanye that God gives him wisdom and direction to use his influence for the kingdom. Stop using Kanye’s mistakes to discredit him . God doesn’t do that to us. People are like oh he is still prideful . Lmao sorry Holier than thou I know how long I have been dealing with character flaws and I have been a Christian for almost 10 years. ( my 10th year anniversary is coming in December) Sooooo with that being said . Less talk. More rejoicing for God is gathering people to him. Kisses and love ! Have a blessed day #Godisthegreatest #kingdomarising

Separation Anxiety, It Messes Me Up Every Time” – BBNaija Star Cee-C Cries Out

Actress Narrates How She Was Almost Raped In Secondary School

DOWNLOAD MP3: Juice WRLD – The Man, The Myth, The Legend

DOWNLOAD MP3: The Streets – Phone Is Always In My Hand